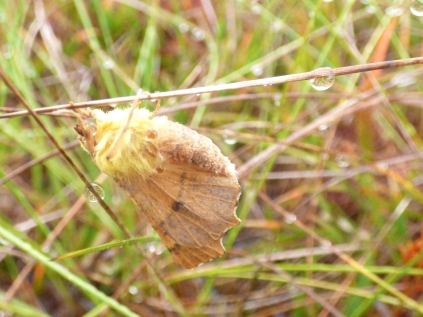 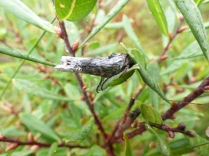 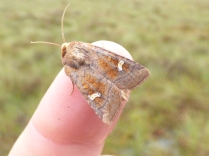 An ear moth – difficult to id to species level without cutting it up! 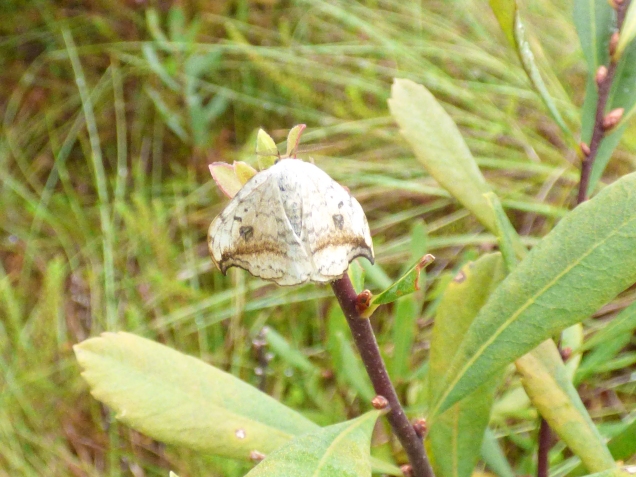 This year we have been checking the moth population on Flanders Moss and the surrounding bogs. The range of rare and scarce moths found on Flanders is one of the reasons why it is designated. 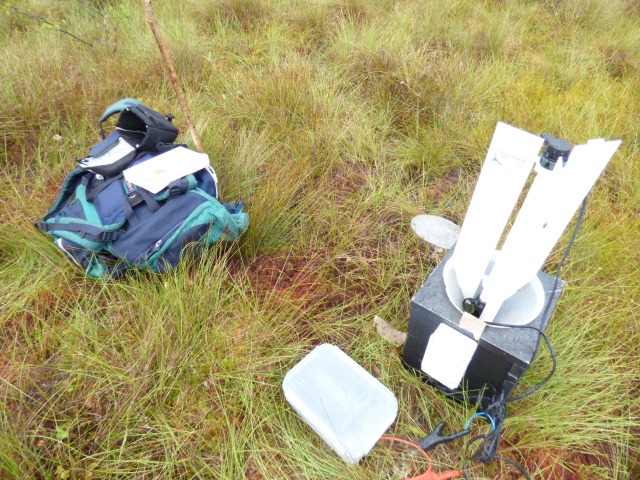 Yesterday we got a good haul and especially pleasing was that we were able to confirm the presence of a number of the scarcer moths such as the golden rod brindle, the neglected rustic, the pebble hook-tip and the  Manchester treble bar. All beautifully named and a pleasure to see. 16 species recorded, 71 individual moths caught.

But moth trapping on Flanders is not for the faint-hearted. Normally if running a moth trap at home you just plug it in, leave it in the garden and in the morning you can leisurely search through the moths caught in comfort over a cup of coffee.

On Flanders moth trapping involves packing 2 collapsible moth traps plus batteries and other bits and pieces into a rucksack and then take a 1/2 hour yomp to cart the heavy load over water logged and very rough terrain to a suitable bit of habitat on the moss. The traps are then left in situ as they are light sensitive and switch themselves on when it gets dark. The next day you then need to get back out onto the bog, sort through the moths, not sitting down as it is too wet, no coffee, and a million midges all seeking your blood. You then have to lug all the gear back off the bog again.  Extreme mothing.

Of course, this is a big improvement on when we used to have to use a petrol fuelled generator. This needed to be switched on at 10pm and then you slept in van and went out first thing to check the trap. So progress on that. 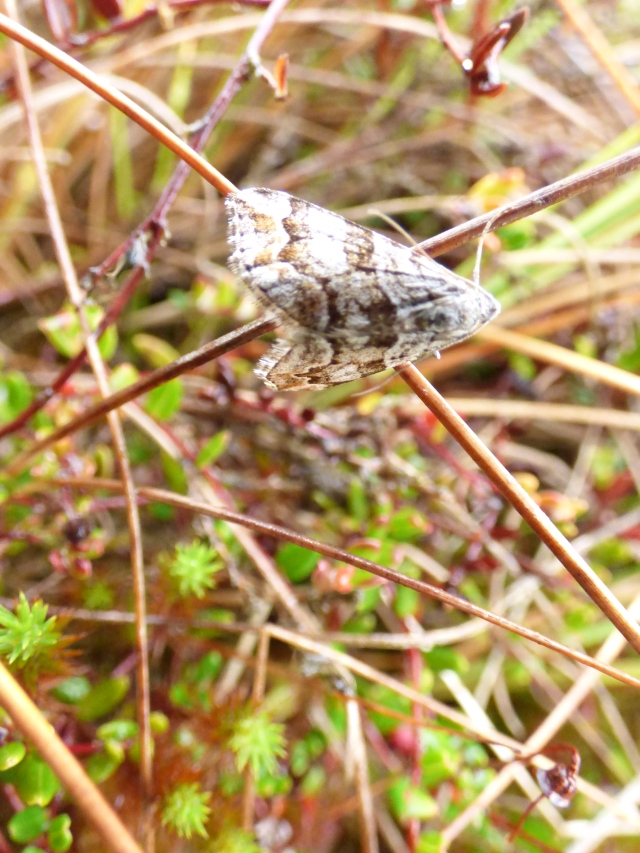 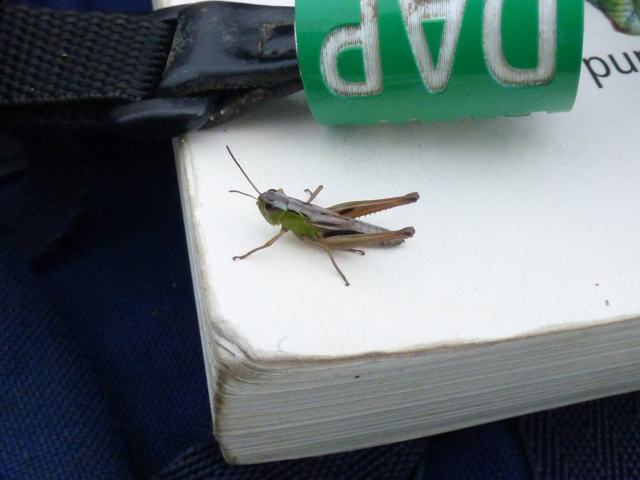 A grasshopper getting in on the act.