A couple of months ago you would have read a blog post about students from SRUC, Oatridge having a go at building hand-dug peat dams on the drained bit of bog next to Blawhorn. There was a bit of competition between two teams to see who could build the best dam. Some time has passed and with a fair amount of rainfall, I thought it was about time to see which team’s dam worked best so far. 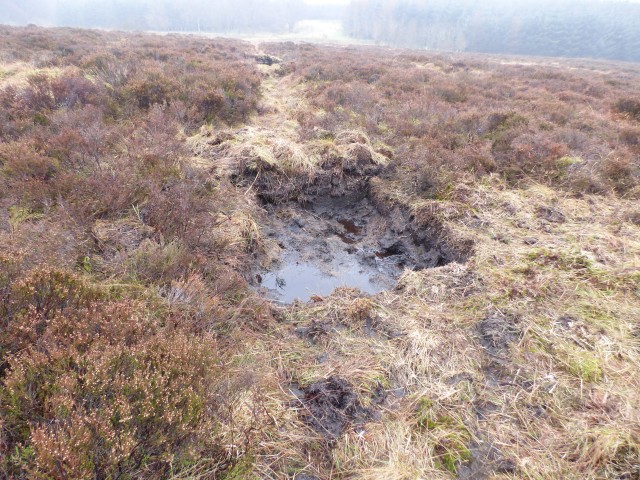 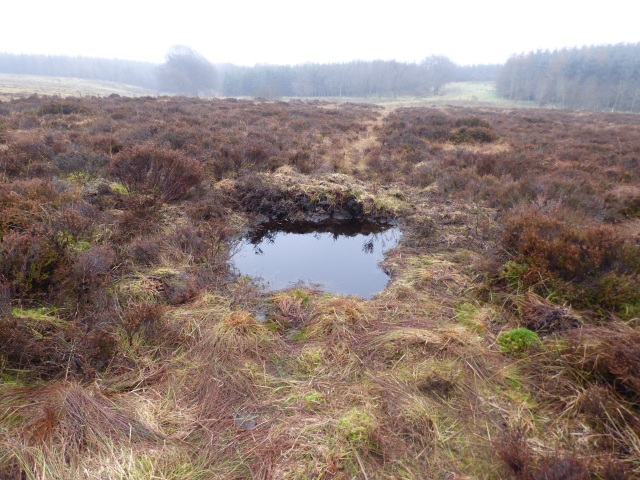 As you can see out of the two dams there was one in particular that was holding the water tightly, creating a nice pool. The other one looked rather bare, holding some water but a bit less than the other one, so I will be optimistic that given more time it will turn into a nice pool.

If the students hadn’t carried out this practical task then the water which has been contained in this one dam would be continuing to run off this part of the moss. This type of work is very useful for habitat restoration as we are trying to retain water on the bog.  A wetter bog is a better bog.

There will be more opportunities to come with hand-dug peat dams where the local students at SRUC can be involved. This will not only help them gain practical experience and increase their knowledge about peat bogs but they will be playing a key role in helping with habitat restoration at their local National Nature Reserve.