Posted on May 2, 2018 by David Pickett, Reserve Manager 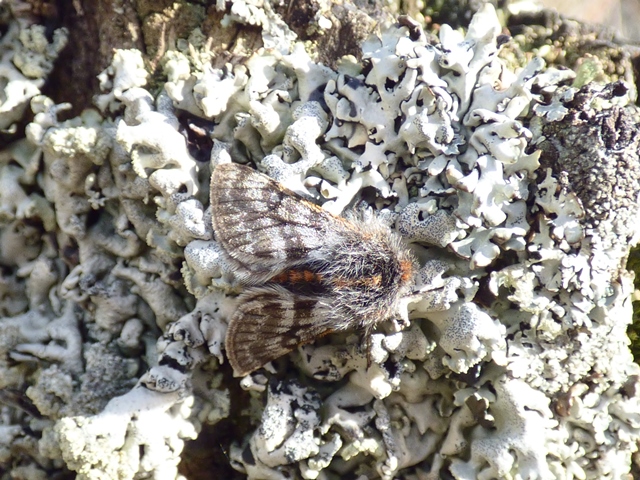 It is the time of year to look for the Rannoch brindled beauty. It is a rare moth but Flanders Moss seems to be one of the best places in Scotland to find it and it looks a bit like a piece of belly button fluff. 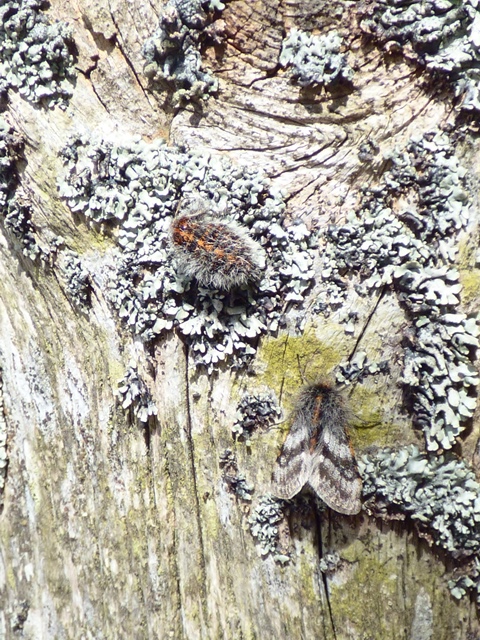 A female top and male bottom

As moths go it is a funny moth.  It over winters as a pupa buried under the ground and can be in this state for several years before it is ready to hatch out as an adult. This it does early in the spring often when the weather is cold and maybe because of this both the males and females are very fluffy, perhaps to help stay warm? The females don’t really looks like moths as they have tiny wings, can’t fly and so basically just sit there to wait for the males to find them. They help this process by pumping out pheromones, chemicals that the males detect with big feathery antennae. To give them the best chance of being found by a male the females climb fence posts so that the pheromones reach a wider area. And luckily the males can fly and so can find females easily otherwise they would have become extinct a long time ago. 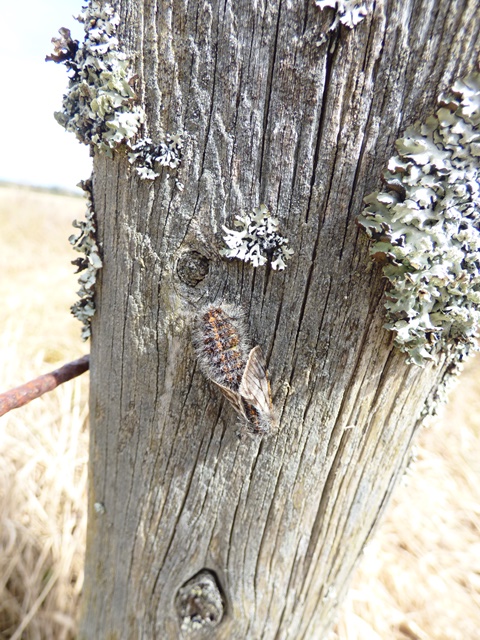 The moths’ colouring means that they blend in on the lichen covered fence posts quite well but in the world before fence posts another reason for the moths looking like they do is that they can look very similar to cotton grass flowers. 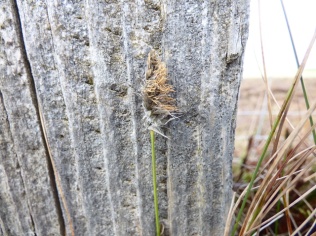 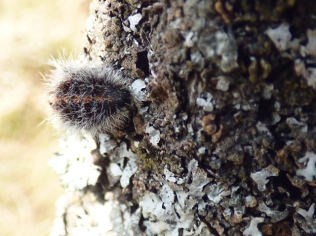 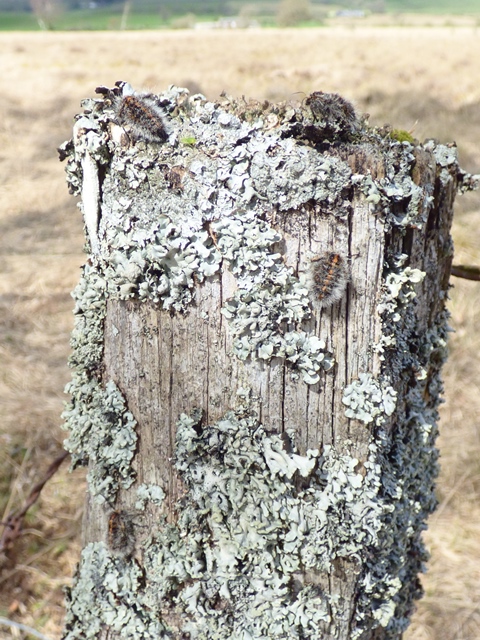 Can you see how many lumps of fluff on the post?

The problem is that they like the really old, cracked and crumbling fences best, presumably because they have more egg laying potential. One fence line on the moss is in desperate need of replacement as we are reintroducing grazing to that area. Rather than remove this valuable habitat we have put up the new fence right next to the old one. Hopefully over time it too will become a suitable habitat for these fascinating and slightly odd insects. 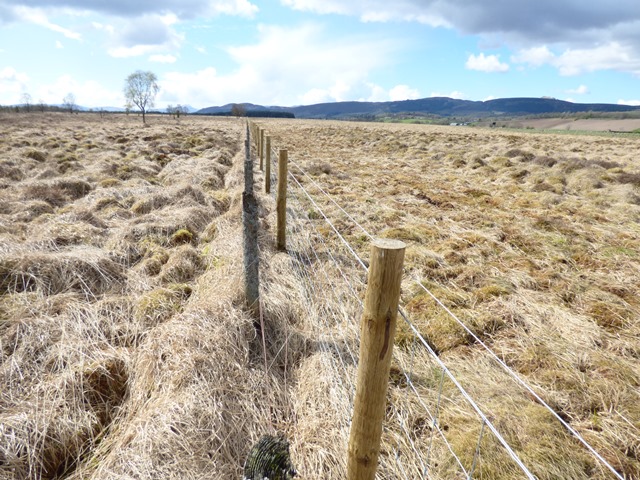