This week we did our first hen harrier roost count for the winter. Each month through the winter we check Flanders Moss at sunset to see if there are any of these special birds of prey spending the night there.

Hen harriers are a declining species in Scotland. The latest survey in 2016 shows only 460 pairs nesting in Scotland, down from a peak 633 in 2004. But perhaps more telling is that there is potential habitat for up to 1700 pairs.

Illeal persecution is a problem. Each year a number of young hen harriers have satellite tags put on them when still in the nest. This means that they can be tracked to find out where they go and what might be happening to them. But every year a number of the youngsters disappear mysteriously. Foul play is suspected and you can find out more on the RSPB Skydancer blog here.

So checking where the birds spend the winter and how many is really important to assess the state of the population. 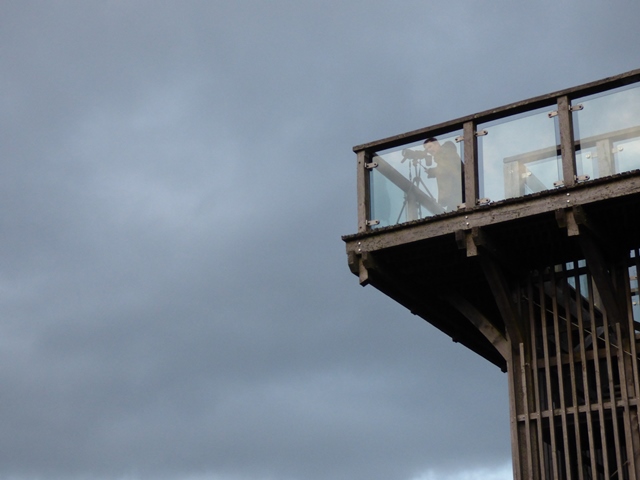 There are a number of hen harriers that winter around the Carse of Stirling and Flanders is just one site where they might roost. But Flanders is a huge site so watching from the viewing tower is the only way of seeing at least part of the site.
And standing on the tower for a time at sunset is always a very rewarding if slightly chilly task. This time we saw no hen harriers but a red kite, sparrowhawk and peregrine put in an appearance. Plus a hooded crow (an unusual occurrence at Flanders). And most dramatic of all were the thousands of geese, pinkies, graylag and Canadas, heading west over the moss to roost. Looking forward to next month.

2 Responses to Looking for disappearing birds