His and hers winters

Some of our winter residents are now back at Flanders. Out in the middle of the moss on the lochan are a group of goldeneye ducks.
These small ducks come to Flanders every year around October/ November from spending the summer breeding in Scandinavia. 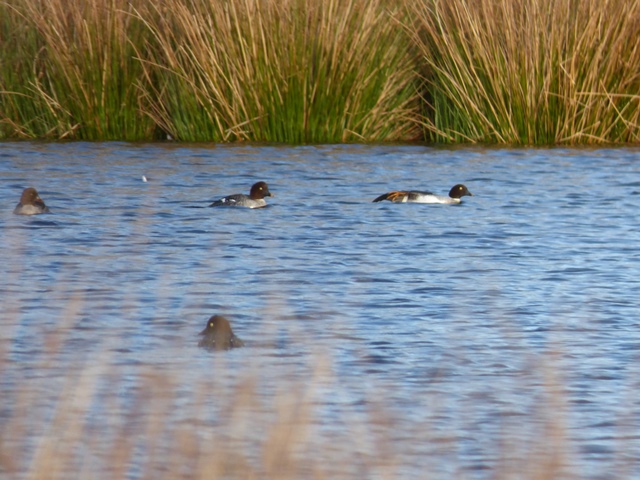 At Flanders we always get a number of female goldeneye spending the winter on the lochan and only 1 or 2 males. The females have the grey body and a reddish brown head, the males are much more striking having a black and white body and a very dark green head. These are all females in the pictures above as the males haven’t yet arrived.

Male goldeneye tend to feed in different places than females through the winter, one reason given for this difference with the sexes is that male goldeneyes are bigger, they can weigh up to 40% more than females and can dive longer. This gives them a feeding advantage in some sites, especially rivers with a faster flow where there is a richer source of food. The Flanders lochan is probably not an optimum site so less attractive to the males so leaving it for almost exclusively females to use.

It would be interesting to know what they are eating at the lochan. Normally goldeneye are not vegetarian but eat small creatures like snails, larva, freshwater shrimps and other freshwater invertebrates. Being a bog pool, the lochan is not rich waters but there is obviously enough to keep 10-15 goldeneye fed for much of the winter so maybe it is the masses of dragonfly larva that them concentrate on.
Goldeneye get their name from, yes… their golden eye. Another name that they go by is rafflewings as when they fly the wings make a pleasant winnowing sound that some people describe as more of a whistle or even as a tinkling bell. The males make a stronger wing noise that the females but the immature birds make no wing noise. So this suggests that it isn’t just incidental but has an actual purpose. 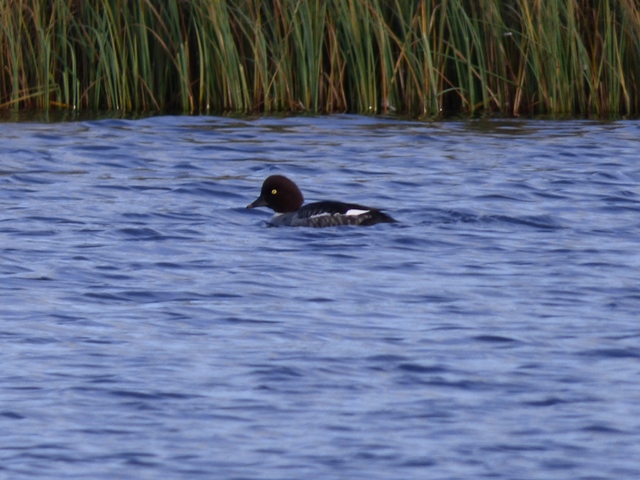 The 2 birds below are slightly different from those above. They don’t have a white collar or a bright golden eye and this is because they are immature birds that hatched last summer. 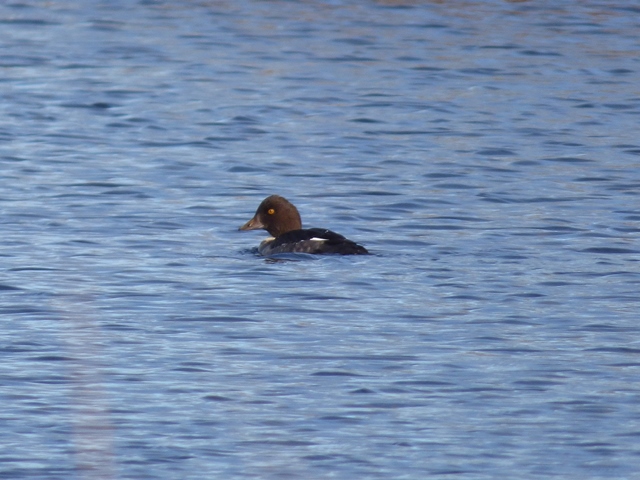 The lochan is only small but even in the depths of winter there is something interesting to see.